The phrase urgent emergency is obviously redundant since an emergency is, by definition, an urgent matter. The dictionary defines emergency as ‘a serious situation or occurrence that happens unexpectedly and demands immediate [i.e. urgent] action’ (AHD). In this chapter we are going to analyze two pairs of interesting cognate words in English and Spanish, namely Eng. emergency ~ Sp. emergencia and Eng. urgency ~ Sp. urgencia, as well as all the words in these two languages that are related to them because they contain the same Latin roots: merg‑ and urg‑.

In addition to the semantic relatedness of these words, in this section we are going to see that there is also a curious difference in how the words are used in different parts of the English- and Spanish-speaking worlds to refer to the section of a hospital that deals with urgent matters or emergencies. In North America, the word emergency has been chosen to describe such a section, so that one of the meanings of the word emergency is ‘the department in a hospital which provides immediate treatment’, as in A doctor in emergency cleaned the wound (OD).[i] Actually, the hospital section is known as the emergency room or emergency ward, which is sometimes shortened to emergency, as in He was rushed into emergency (OAD). 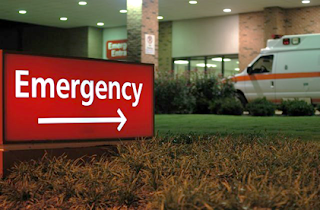 Figure 1: Emergency entrance at a US hospital.[ii]

In many parts of the Spanish-speaking world, the cognate word emergencia has also come to be used for the same purpose, under the influence of the English word. 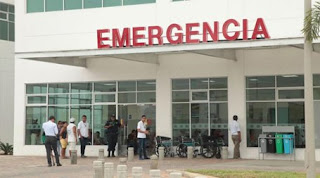 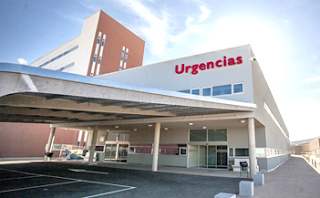 Figure 3: Emergency section of a hospital in Spain[iv]

The word emergency is also often used in English in medicine-related expressions such as the following (the definitions are from LDCE):

Still, the use of emergency to refer to a hospital section is only found in North America. In the United Kingdom, the emergency room is called casualty department o casualty ward. In Australia, New Zealand, and other English-speaking countries, the same section of the hospital is called accident and emergency, or A&E for short.

As we just saw, in some Spanish-speaking countries, the North American use of the word emergency in medical matters has been calqued. In those countries, the relevant section of the hospital is called sala de emergencias ‘emergency room’ and the sign found at the hospital entrance is emergencia. However, in Spain, the same section of the hospital is known as urgencias, plural of urgencia 'urgency', as in Entró en urgencias a las 17:20 ‘She was admitted to the emergency room at 5:20pm’ (DUEAEV). The room itself may be known as sala de urgencias, also sometimes referred to as servicio de urgencias, lit. ‘emergency service’.

As we said, the reason why Spanish-speaking countries in the Americas label their emergency rooms as emergencia is due to the influence of North-American English, so that this sense of the English word emergency has been added to the already-existing Spanish word emergencia, something known as semantic calque (cf. Part I, Chapter 2, §2.8.3.3). However, the reason the same area in Spain is known as urgencias does not seem to be due to Spain's linguistic independence from foreign influence, but rather to the influence of the French language, for in France, the sign for such entrances is labeled urgences, plural of the word urgence. 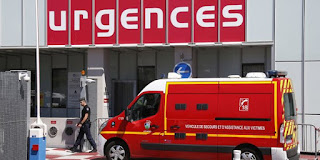 Figure 4: Entrance to an emergency room in France.[v]

There is a branch of medicine called emergency medicine in English. It can be defined as ‘the branch of medicine that deals with evaluation and initial treatment of medical conditions caused by trauma or sudden illness’ (AHD), or ‘a medical specialty concerned with the care and treatment of acutely ill or injured patients who need immediate medical attention’ (MWC). The term emergency medicine is a very recent one, dating from 1966. In most of the Spanish-speaking world, this expression has been calqued as medicina de emergencia. In Spain, however, the word urgencia(s) is often added to this expression, as in the title of a recent textbook on the topic, Medicina de urgencias y emergencias, or in the name of the association of emergency medical doctors in Spain, Sociedad Española de Medicina de Urgencias y Emergencias.[vi] Despite the double name, urgencias y emergencias, which is also found sometimes outside Spain in the Spanish-speaking world, it doesn’t seem likely that most speakers know the difference between the words urgencia and emergencia in this context, which seem to be nothing but dialectal variants for the same thing. It seems, however, that there is a technical difference between the two words in medicine. Presumably, although both words refer to a situation in which a medical decision must be made quickly, an emergencia is a situation and the patient’s life is at risk, whereas an urgencia is a situation in which the patient’s life is not at risk. No such distinction seems to be made in English, where the term emergency medicine covers both possibilities (an alternative name in English for this branch of medicine is accident and emergency medicine, used in parts of the English-speaking world).

By the way, emergency medicine has become a specialty in the Anglo-American model of medicine in recent decades. In countries that follow this system, it is a recognized specialty with its own training programs, for instance. In the European model, there isn’t such a specialty, and emergency medicine is practiced by medical doctors of different specialties.[vii]

Finally, we should mention that the word urgent is not absent from the medical field in the English-speaking world. Thus, for instance, there is a category of medical care facility in the United States that goes by the name of urgent care center. A similar facility in the UK is known as urgent treatment centre. In the words of Wikipedia: ‘Urgent care is a category of walk-in clinic in the United States focused on the delivery of ambulatory care in a dedicated medical facility outside of a traditional emergency department (emergency room). Urgent care centers primarily treat injuries or illnesses requiring immediate care but not serious enough to require an emergency department (ED) visit.’[viii] As you can see, this use or urgent is based on the already mentioned difference between emergency situations, in which the patient’s life is at risk, and urgent situations, in which it is not.