The very common Spanish verb olvidar ‘to forget’ does not have an English cognate, but it does have some English ‘relatives’ (related words), namely oblivion, oblivious, and obliviousness. In this chapter we will take a look at these related words, including a discussion about the several ways the verb olvidar is used in Spanish. Then we will also take a look at two cognate words that are not related to the words we have mentioned but which look like they might have been since they have a formal and semantically similarity with them: Sp. obliterar ~ Eng. obliterate. 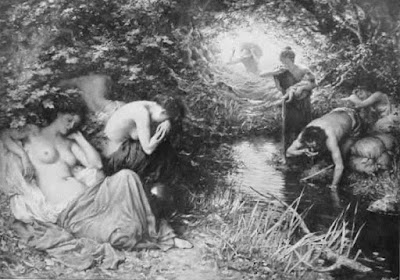 Figure 108: The Waters of Lethe by Thomas Benjamin Kennington
The river Lethe, or the river of Unmindfulness, flowing through the cave of Hypnos (god of sleep),
personified as the goddess of forgetfulness in Greek mythology
[Ancient Greek λήθη (lethe) means ‘oblivion, forgetfulness, concealment’][i]

Sp. olvidar has been reconstructed as descending from Vulgar Latin *oblītāre, the descendant of a putative frequentative Latin verb derived from the stem oblīt‑ of the passive participle oblītus of the third conjugation, inchoative deponent Latin verb oblīvīscī (cf. Part I, Chapter 8, §8.4.3). This verb’s principal parts were present tense oblīvīscor ‘I forget’, present infinitive oblīvīscī ‘to forget’, and perfect active oblītus sum ‘I forgot’. This verb meant primarily ‘to forget’, but also ‘disregard, omit, neglect, be indifferent to, etc.’ (CTL).[1]

Sp. olvidar is a patrimonial word that is attested in the earliest Spanish writings, such as the Cid (c. 1200). In Berceo’s 13th century writings we also find a variant of olvidar which is closer to the original Latin word, namely oblidar (DCEH). Early on, this verb was typically written with b, as in Latin, but by the 15th century the word came to be written mainly with a v, which has the same exact pronunciation in Spanish (cf. Part I, Chapter 7, §7.12). This kind spelling change in a patrimonial Spanish word involving the letters 〈b〉 and 〈v〉 is not unique. The spelling change in this particular word is shared with the Portuguese cognate of this word, also olvidar, but in this language the spelling change actually reflects a sound change that took place in this language in certain phonetic contexts, namely Lat. b [b] often became Port. v, pronounced [v] in Portuguese, a change that did not take place in Spanish, as the following examples show: Port. alva vs. Sp. alba, from Lat. alba, and Port. árvol vs. Sp. árbol ‘tree’ (from Lat. arbor), Port. fava vs. Sp. haba, from Lat. fabam, Port. livro vs. Sp. libro, from Lat. lībrum; and Port. palavra vs. Sp. palabra, from Lat. parabolam.

The Spanish verb olvidar reflects three sound changes with respect to its source in Latin source, in addition to the spelling change, which is not a sound change since b and v have the same pronunciation in Spanish. The loss of final e is found in this and all Spanish words when the word-final e was preceded by a consonant produced in the front of the mouth, such as r, l, d, etc. (cf. Part I, Chapter 10). The second change was also universal: a voiceless stop consonant (p, t, or k) became voiced (b, d, g) between two vowels (or between a vowel and a liquid consonant). The third change is less common, but not at all rare and it involves the changing of place or metathesis of the consonants b and l.

The Latin verb oblīvīscī is thought to have been formed from the prefix ob‑ meaning ‘towards’ or ‘against’ (from the preposition ob, with the same meaning), plus the variant (allomorph) līv‑ of the root lēv‑ of the adjective lēvis ‘smooth, smoothed, not rough’ (not to be confused with its homograph lĕvis ‘light, not heavy, etc.’ source of learned Sp. leve ‘slight, light, etc.’). To these word parts, the derivational suffix -īsc‑ī was added, which was the passive inchoative form of the suffix ‑ēsc‑ĕre that formed verbs from adjectives with the meaning ‘to become (adjective)’. The verb oblīvīscī would have had originally the meaning ‘to start to become smooth, erased’ (ob‑līv‑īsc‑ī). All this is, of course, speculation, since there are no attested (recorded) non-deponent or active inchoative versions of this verb in Classical Latin. There must have been some in early Latin, but they are not attested. The active inchoative would have been *oblīvēscĕre. As for the non-deponent version of this verb, one theory is that it was *oblīvīre ‘to start being erased (made smooth)’.[2]

Latin derived first conjugation (‑ā‑re) verbs from other verbs, which at first at least had a frequentative aspectual meaning, that is one that expressed repetition of the action or event in question (cf. Part I, Chapter 8, §8.4.3.6). Frequentative verbs were derived from the passive participle stem of the base verb in question. In the case of the verb oblīvīscī, the passive participle was oblītus, as we have seen, and from its stem oblīt‑ we get the frequentative version of this verb, Vulgar Latin *oblītāre (not attested), the source of Sp. olvidar (ob‑līt‑ā‑re). It should be mentioned that the form of the passive participle of third conjugation deponent verbs was often not a regular or predictable one, just like in the case of oblītus.[3]

Vulgar Latin *oblītāre is the source of the verb meaning ‘forget’ in most other Romance languages as well, such as Portuguese olvidar, French oublier, Catalan oblidar, Occitan doblidar, and Italian obliare or obbliare. Note that only the Spanish and Portuguese reflexes of this Vulgar Latin verb have the b-l metathesis. Although Italian has borrowed obliare or obbliare from Latin in later times, the most common verb to express this meaning in this language is dimenticare. The source of It. dimenticare is not totally clear, though it clearly contains the root ment‑ of the word mēns meaning ‘mind’.

[1] Note that in Latin there were also archaic, reduced forms of the first two principal parts of this veerb, namely oblīscor and oblīscī, instead of the more common ones in Classical Latin, oblīvīscor and oblīvīscī.

[2] The theory that there was a verb *oblīvīre ‘to start being erased (made smooth)’ from which the deponent verb oblīvīscī was derived is by found in Seldeslachts, Herman (2001), Etudes de morphologie historique du verbe latin et indo-europeen. Leuven: Peeters, as reported in de Vaan, Michiel (2008), Etymological Dictionary of Latin and the other Italic Languages, Leiden: Brill.