The words test and prueba, and related words, Part 1


Introduction: The word test in Spanish

Spanish has borrowed the word test from English in recent times. However, the English word test is used in many different contexts (senses), which are not the same as those in which the word test is used in Spanish. That is to say, this word’s meaning and use are not exactly the same in both languages and, thus, these cognates are only partial friends, since they are neither identical in meaning not fully false friends. The English word test was first borrowed by Spanish as a technical word in the early 20th century. It first appeared in a dictionary in 1918 and it did not make it into the Academy’s dictionary (DRAE) until 1985.[1] Since then, the word test has become more common in Spanish, coming to encroach into the territory of other Spanish words such as prueba. 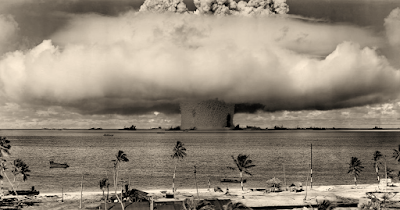 Figure 1: The Baker Explosion, part of Operation Crossroads,
a US Army nuclear test at Bikini Atoll, Micronesia, on July 25, 1946[i]

The Academy’s Diccionario de la lengua española (DLE, earlier DRAE) gives two senses for the Spanish word test. The first and main one is analogous to multiple-choice test.[2] A second sense reflects the technical use of this word in psychology and it is equivalent to psychological test.[3] According to the Academy, this word should not be used beyond these two narrow senses and in particular it should not be used as a replacement for perfectly good Spanish words such as prueba, cuestionario, examen, análisis, or control.[4]

However, other Spanish dictionaries, which reflect actual use rather than ideal or recommended use, such as Clave or the Diccionario del español actual, recognize that the Spanish word test is often used as a synonym of those very words in the speech of many speakers in at least some varieties of modern Spanish. Thus, many people use the word test in very common phrases such as test de embarazo ‘pregnancy test’, as an alternative to prueba de embarazo, or test de alcoholemia ‘blood alcohol content test’, as an alternative to control de alcoholemia.


We should note that the word test feels foreign in Spanish, for native Spanish words do not end in the consonant ‑t, and they also do not end in two consonants, in general, and in the consonants ‑st in particular (cf. Part I, Chapter 7). This results in the word typically colloquially being pronounced tes. Only speakers who want to sound ‘proper’ or ‘correct’ pronounce the final consonant t in this word, especially in more formal (less colloquial) contests (cf. Part I, Chapter 2). The problem with pronouncing this word in Spanish as the orthography requires gets compounded when this word is in the plural. The norm for turning most foreign words into their plural form is by the addition of ‑s, even if they end in a consonant.[5] Though by making a significant effort, more educated Spanish speakers can pronounce the word tests, which ends in three consonants, ‑sts, most do not bother and thus the Academy now recommends using an invariant form in the plural: test, as in los test ‘the tests’.[6]

In this chapter, we are going to explore the words test in English and Spanish, as well as some of its alternatives. In particular, we will explore the main Spanish translation of the English noun test, which is prueba, and the main translation of the English verb (to) test, which is probar. We will also look at cognates of Sp. prueba and probar in English, as well as other words related to these words in the two languages.

[1] The first appearance of the word test in a Spanish dictionary was in the Diccionario general y técnico hispano-americano by Manuel Rodríguez Navas y Carrasco, 1918 (DIRAE).

[5] In patrimonial Spanish words that end in a consonant, the plural is formed by adding ‑es, but that is because in early forms of Spanish these patrimonial words had an ‑e‑ in their singular form, which was eventually lost for words whose stems ended in certain consonants, namely such as papel, whose plural is papeles.

[i] Source: https://commons.wikimedia.org/wiki/File:Operation_Crossroads_Baker_Edit.jpg
at March 31, 2020