[This entry is an excerpt from Chapter 20, "Some descendants of Latin comparatives", of Part II of the open-source textbook Spanish-English Cognates: An Unconventional Introduction to Spanish Linguistics.]


The Spanish words mayor and mejor are often confused by English-speaking learners of Spanish. In particular, they are confused with the English words mayor and major. What’s the deal with these words that look so similar but are used so differently? Interestingly, they all go back to irregular Latin comparative adjectives. In this chapter we will look at these words and a few other ones that descend from irregular Latin comparative adjectives. We will start with a brief description of these words.

In English, mayor, pronounced [ˈmeɪ̯.əɹ] or [ˈmɛ.əɹ], refers to the ‘head of government of a city, town, borough, or municipal corporation’ (AHD). This meaning translates into Spanish as alcalde or by this word’s feminine wordform alcaldesa ‘mayoress’.

Eng. major can also be a noun, one with several meanings. One is ‘a rank of officer in the US Army and the Air Force, above captain and below lieutenant colonel’, which in Spanish translates as comandante in Spain but also mayor in some Spanish-American countries. The noun major can also refer to ‘a major key, interval, or scale’ in music, which translates into Spanish as mayor. Another common meaning of the noun major is found in the context of American universities, where it means ‘a student’s principal subject or course’ and, by extension, ‘a student specializing in a specified subject’ (COED). From this last meaning, we have the derived verb to major. To the extent that this sense can be translated into Spanish, since the educational systems tend to be somewhat different, it is translated as especialidad, asignatura principal, or carrera (cf. Eng. career).

Sp. mayor [ma.ˈʝoɾ] is a cognate of both of these English words, mayor and major, as we shall see, since they also descend from the Latin comparative adjective māior ‘bigger, greater, superior’. The meaning of the Spanish word is quite close to that of the Latin adjective. It translates into English primarily as bigger, greater, or larger, when used as a comparative, and as biggest, greatest, or largest, when used as a superlative (with a definite article). This adjective also has some a special sense when used to refer to the relative age of people, in which case it translates as older or oldest, but also as mature, elderly, or grown-up, depending on the context.

In Latin māior we can recognize the comparative suffix ‑ior ‘more’ which attached itself to adjective stems to produce comparative adjectives. It is equivalent to the comparative suffix ‑er in English, in words such as bigger, larger, sooner, or simpler. Actually, the two suffixes are cognates since they both derive from the same Proto-Indo-European suffix. This Eng. ‑er can be traced back to Proto-Germanic *‑ōzô that formed the comparative of certain types of adjectives, ultimately from PIE suffix *‑yos we just saw (the related suffix *‑ōz created adverbs, and *‑ōstaz, the source of Eng. ‑est, created superlatives). (Note that English has other suffixes ‑er too, from different sources, such as agentive ‑er, as in leader ‘one who leads’.)

The Latin comparative suffix ‑ior was lost in Spanish other than in a handful of irregular comparatives, namely the following: mayor, menor, mejor, and peor (see next section). In Latin, it was a regular suffix that could be regularly attached to adjectives, as we shall see in the next section. Regular comparatives in Spanish are formed with the adverb más ‘more’, which descends from Lat. magis, adverbial form of magnus ‘big, etc.’.

Lat. māior was pronounced [ˈmaj.jɔr], with a geminate (double) [j] sound. An earlier spelling of this word was maiior, which better reflects that pronunciation. This suggests that the Proto-Indo-European /ǵ/ at the end of this root assimilated its sound to that of the following /y/. In Medieval Latin, on the other hand, the word came to be spelled with a variant of the letter 〈I〉, one which did not exist in Classical Latin, namely 〈J〉, hence the spelling major (cf. Part I, Chapter 8, §8.3.2.3).

The connection between the comparative māior and the basic adjective magnus ‘big’ in Latin is not a regular one whose derivation can be stated in terms of adding a suffix to the adjective. Given the Proto-Indo-European root meǵh₂- and the adjective *méǵh₂s ‘great’ derived from it, we might have expected the Latin adjective to be *magus, cognate with Ancient Greek μέγας (mégas) ‘big, large’ (as in Eng. megalomaniac), for instance, or Sanskrit मह (mahá) ‘great, mighty, strong, abundant’ (as in maharajah, a word of Indian origin). The fact that the adjective was magnus in Latin instead of magus is due to the Proto-Indo-European source of this adjective being derived from the original adjective by means of a suffix. It has been reconstructed as *m̥ǵh₂nós.

Latin magnus was occasionally used as a name in Latin, so for example it was used as the cognomen of Gnaeus Pompeius Magnus, also known in English as Pompey [ˈpɒm.pi] (Sp. Pompeyo) or Pompey the Great. The ‘name’ became more common among royalty in the Middle Ages. It is mostly associated with the Frankish ruler Charlemagne, whose name is a French adaptation of the Latin name Carolus Magnus, lit. ‘Charles the Great’. Curiously, Magnus became popular as a first name in Scandinavia. Presumably Scandinavian Magnus came from Charlemagne’s name but it also seems that it may have been merged with an existing Germanic name Magni derived from the Old Norse element magn meaning ‘power, strength’ and ‘amount, quantity’, which is no doubt a descendant of Proto-Indo-European root *méǵh₂s ‘great’. (In Norse mythology, Magni is the name of a son of Thor and the giant Járnsaxa.) Seven kings of Norway were named Magnus between 1024 and 1347, as well as four kings of Sweden between 1106 and 1374, and one of Denmark in the 11th century. The name was also brought to the British Isles during the Middle Ages by Scandinavians.

Many English and Spanish words are descendants of words that contained in their origin the Proto-Indo-European root meǵh₂- ‘great’. They are almost always loanwords from the classical languages. Only one native English word descends from this root, namely much, which is unrelated to Sp. mucho, a false cognate. The main ancient words that are still found in one way or another in modern English or Spanish are the following:
The Proto-Indo-European root is found, for instance, in the following cognates, all of which are loanwords in English, and most of which are loanwords in Spanish too, from either Latin or Greek (though some are patrimonial Spanish words): 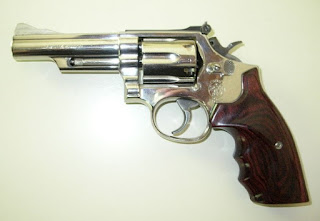 
[1] Words have have been created in English and French out of the Greek pseudo-prefix or prefixoid mega‑. In French, this started in the second half of the 18th century and in English, in the second quarter of the 19th century. They are based on the model of many Ancient Greek words and this model has given us ‘many scientific and technical terms with the sense ‘very large’, ‘comparatively large’, or (esp. in Pathology) ‘abnormally large’, often having correlatives beginning micro‑, and sometimes also synonyms beginning macro-‘ (OED), e.g. megahertz (Sp. megahercio), megaphone (Sp. megáfono), megapixel (Sp. megapixel), megachurch, and megamerger.

[2] Many words have been created in English and French out of this Greek pseudo-prefix or prefixoid megal(o)‑. In English, this started in the last fourth of the 18th century and in French in the first third of the 19th century. They were based on the model of a few actual Greek loanwords borrowed in the 17th century, such as megalopsychia ‘magnanimigy’. Most are quite rare, however. The most common such neologisms are megalomania and megalomaniac (Sp. megalomanía and megalómano/a, respectively). Eng. megalomania ~ Sp. megalomania mean ‘an unnaturally strong wish for power and control, or the belief that you are very much more important and powerful than you really are’ (CALD).

Email ThisBlogThis!Share to TwitterShare to FacebookShare to Pinterest
Labels: comparisons