[This entry comes from Chapter 18, "Eng. language and Sp. lenguaje: words ending in Eng. -age and Sp. -aje", of Part II of the open-source textbook Spanish-English Cognates: An Unconventional Introduction to Spanish Linguistics.]

In this section we are going to look at the cognates Sp. viaje ~ Eng. voyage. The two words are not ‘good friends’, however, since only occasionally are they interchangeable. Sp. viaje translates primarily as trip or journey. The plural form viajes can also translate Eng. travel in some contexts, as in the phrase agencia de viajes ‘travel agency’. The meaning of Eng. voyage is ‘a long journey involving travel by sea or in space’ (COED). Thus, when speaking of a sea crossing, viaje does translate Eng. voyage. Thus, for instance, the famous book by Charles Darwin, commonly known as The Voyage of the Beagle, is known in Spanish as El viaje del Beagle. In recent times, the word voyage has been appropriated for space travel as well, along with other naval terminology, such as spaceship (Sp. nave espacial).[1] 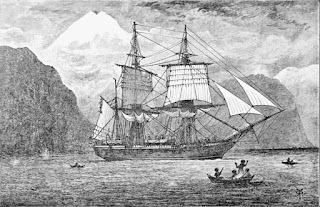 Figure 124: HMS Beagle in the Straits of Magellan at Monte Sarmiento[i]

Sp. viaje [ˈbi̯a.xe] has become a common standard word in Spanish used to refer to all kinds of travel or trip, including short trips, as in un viaje al supermercado ‘a trip to the supermarket’. This noun is also associated with the verb viajar ‘to travel’, which is derived from the noun. Eng. voyage [ˈvɔɪ̯.ɪʤ] has a similar but much more specialized meaning, namely ‘long journey involving travel by sea or in space’ (COED). English also has a homonymous verb to voyage, which means ‘to go on a voyage’ and, in earlier times, ‘sail over or along (a sea or river)’ (COED).

Sp. viaje is a loanword from Catalan or perhaps Occitan viatge ‘travel, journey’ (remember that Catalan and Occitan are very closely related languages). It probably came into the language in the 15th century, pretty much coming to replace the noun jornada [xoɾ.ˈna.ða], which had a similar meaning, by the 17th century (the word is common in El Quijote). Eng. voyage was borrowed from Old French veiage or voiage ‘trip, travel’ (same meaning as Sp. viaje), which is voyage [vwa.ˈjaʒ] in Modern French. Eng. voyage is first attested in the 13th century.

Both source words, the Catalan/Occitan one and the French one, meant ‘travel, journey’. They both evolved from the Late Latin noun vĭātĭcum, which meant ‘provisions or money for a journey’. This noun is derived from the Latin noun vĭa ‘a way, highway, road, path, street’, which has been passed onto Spanish as vía ‘road, way, street, lane, railroad track, etc.’, was commonly used in Latin in the context of land travel and from that word many others were developed, as we shall see below (§18.4.3). It is fair to say, however, that Spanish speakers do not associate the word viaje ‘trip, travel’ in any way with the word vía ‘road, way, etc.’, although the two are related and there is an obvious, if tenuous, semantic relationship between the two words since travel often is done on roads (Sp. vías).

There are verbs associated with and derived from the nouns Sp. viaje ~ Eng. voyage. The English verb to voyage is first attested in the 15th century and it means ‘go on a voyage’ (COED), that is, ‘go on a long journey, typically by sea or in space’ (OAD). This verb is quite rare today and it feels archaic and literary, no doubt because see crossings (Sp. travesías) are so uncommon today. The Spanish verb viajar ‘to travel’ came after the noun and it was either derived from the noun viaje in Spanish or else it was borrowed from Catalan viatjar, which was derived from the noun viatge in that language. The noun viaje now also has a sense that is ‘the action or result of traveling’, i.e. ‘travel’ (‘acción y efecto de viajar’, DLE).

Eng. voyage used to have much broader meaning, just like the French word it came from, but it came to have just its more specialized current main sense, ‘long trip by sea’, one that was already present in the language in the 14th century. The verb to voyage was perhaps derived from the noun, in English, by the process of zero-derivation or conversion (cf. Part I, §5.7). Alternatively, this verb may be a loanword from French verb voyager ‘to travel’ (same meaning as Sp. viajar).

The English noun voyage normally translates as viaje, with the additional connotations of the word voyage (‘by sea’, etc.) being left ‘understood’ from the context, though, if one wants to be more specific, one can always say viaje en barco ‘trip by ship’ or viaje en nave especial ‘trip by space ship’. Sometimes voyage is translated as travesía if the voyage is understood as a crossing, such as an oceanic crossing. The phrase maiden voyage translates simply as primer viaje (or primera travesía).

The Spanish noun viaje is used in several common collocations and idiomatic expressions. The following are the most common ones:

As we mentioned above, Sp. viaje came to replace the word jornada [xoɾ.ˈna.ða], which originally had the same meaning of ‘travel, trip’. The Spanish word jornada was also a loan from Occitan. Today this word is used primarily with the meanings ‘working day’ or ‘day’s journey’. In journalism and a few other contexts, it is also used with the meaning ‘day’, as in noticias de la jornada ‘daily news’. This noun is used in set phrases such as jornada laboral ‘working day’, jornada completa ‘full-time, full day’s work’, media jornada ‘half-day (workday)’, doble jornada ‘double-shift’, jornada intensiva ‘full working day without a lunch break’, jornada partida ‘full working day with a lunch break’, jornada escolar ‘school day’, and dar la jornada por concluida ‘to call it a day’.

Spanish jornada is a cognate of English journey [ˈʤɜɹ.ni], a 13th century loan from Old French, which currently means ‘an act of travelling from one place to another’ (COED), especially over a long distance. The source of Eng. journey is Old French jornee or journee ‘day, a day’s travel, a day’s work’ (just like Sp. jornada; cf. Modern French journée [ʒur.ˈne] that means ‘day’).

Both Sp. jornada and Eng. journey come ultimately from Vulgar Latin *diurnāta, a word derived from the Late Latin noun diurnum ‘day’. This Late Latin noun is derived from the neuter form of the Latin adjective dĭurnus ‘of a day, daily portion’ (cf. the learned Spanish adjective diurno/a ‘daily, daytime’, opposite of nocturno/a ‘nightly’), which itself is derived from Lat. diēs ‘day’ (cf. Sp. patrimonial día). Until the 18th century, Eng. journey meant primarily ‘a day’s travel’ but now the meaning has changed to that of ‘(long) trip, travel’. English journey translates into Spanish as viaje. Early on, in the 14th century, English turned the noun journey into the verb to journey, meaning ‘to go on a journey’, ‘to travel’, which translates into Spanish as viajar.

[1] The famous television series Star Trek started each episode with the following well-known words spoken by Captain Kirk (William Shatner): “Space: the final frontier. These are the voyages of the starship Enterprise. Its five-year mission: to explore strange new worlds, to seek out new life and new civilizations, to boldly go where no man has gone before!”.

Email ThisBlogThis!Share to TwitterShare to FacebookShare to Pinterest
Labels: suffix-age