Ginger is the name of a plant ‘of tropical southeast Asia having yellowish-green flowers and a pungent aromatic rhizome’, as well as the name of the plant’s rhizome itself (AHD). A rhizome, also known as rootstalk or rootstock, is ‘a horizontal, usually underground stem that often sends out roots and shoots from its nodes’ (AHD). This rhizome is used as a hot, fragrant spice, whether as a young and fresh, which has a mild flavor, or else, as a mature, dried and fibrous rhizome, typically powdered. It is used this way in the cuisines of India and other Asian countries, including China, Korea, Japan, and Vietnam. It is also used as a medicinal plant in many cultures with medicinal properties such as antiarthritis, antiinflammatory, antidiabetic, antibacterial, antifungal, and anticancer.
This perennial herbaceous plant is indigenous to tropical regions of Asia from where it spread to other parts of Asia and eventually to West Africa and the Caribbean. It is one of the spices that started being exported from Asia to Europe in the 5th century CE. Ginger production today is highest in India, where twice as much ginger is produced as in each of the next two producers, Nigeria and China. Other major producers are Indonesia, Nepal, and Thailand. In the English-speaking world, ginger is often used in sweet foods and drinks, such as ginger ale, ginger bread, and ginger snaps. In the Spanish-speaking world, ginger is much less common.


Figure 190: (left) ginger plant drawing; (right) fresh ginger rhizome [i]
The word ginger [’ʤɪn.ʤəɹ] had many different spellings (and pronunciations) in earlier times, including gingere in Middle English and gingifer in Late Old English. This word is presumably a borrowing from post-Classical Latin gingiber, with some influence of the equivalent Anglo Norman and Old French equivalent word. Post-Classical Latin gingiber was a corruption of an earlier version of the word, namely zingĭberi (indeclinable), also spelled zingiber, zinziber, and zinziberi. (Remember that the letter 〈z〉 in Latin was a loaned letter from Greek and it represented a Greek sound that did not exist in Latin, probably [ʣ], cf. Part I, Chapter 8, §8.2.) This Latin word was a borrowing from Late Hellenistic Greek ζιγγίβερις (zingíberis), which was itself a loanword from a Dravidian language of South India, such as Pali siṅgivera (in the Indo-European Sanskrit language, the word was शृङ्गवेर, transliterated as śṛṅgavera). According to Corominas, the initial g in Medieval Latin represents de [dj] sound combination, which is how the Greek z was imitated in popular Latin speech. 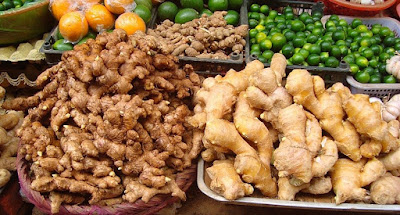 Figure 191: Two varieties of ginger.[ii]
The Spanish name for this plant and this root is jengibre [xeŋ.ˈxi.βɾe], which was earlier spelled gengibre and which is obviously a cognate of Eng. ginger, though the Spanish word looks more like the Latin word it came from than its English counterpart (except of the change in the spelling from 〈g〉 to 〈j〉, which is relatively recent). Spanish may have taken the word from Occitan or from Catalan, both of which had gingibre or gingebre for this word. This was not a patrimonial Spanish word, for if it had been, it would have changed to *enzebre, by applying the regular, expected sound changes, according to Corominas.
The botanical name of this plant is Zingiber officinale. It is part of the Zingiber genus of the Zingiberaceae family, which includes turmeric, cardamom, and galangal (Sp. cardamom).  The genus name Zingiber (Eng. [ˈzɪnʤɪbəɹ]) was, of course, comes from an early version of the Latin word for ginger (see above). As for the species epithet officinale, it comes from Latin officīnāle, neuter form of officīnālis, an adjective that meant ‘workshop, laboratory, office’ and in botany ‘medicinal’ (used as adjectives), but which in medieval Latin came to be used as a noun meaning ‘storeroom for medicines’. English and Spanish have borrowed this Latin adjective as Eng. officinal [ə.ˈfɪ.sɪ.nəl] and Sp. oficinal [o.fi.θi.ˈnal] to refer to herbs or drugs standardly used in medicine and thus ‘kept in stock by druggists : available without special preparation or compounding : not magistral’ (WNTIU). (The word is admittedly rare nowadays and one major dictionary even says that Eng. officinal is obsolete, though most do not.) This Latin adjective is derived from the noun officīna ‘a workshop, factory, laboratory’, from an early Latin opificīna, a noun derived from the noun opifex ‘a worker, workman, mechanic, artisan’ (L&S).[1]
In English, the word ginger is used for a color, namely for ‘a reddish-yellow or orange-brown color, resembling that of dried and powdered ginger’, especially ‘with reference to hair, fur, plumage, etc.’ (OED, sense 5b). This includes, for instance, ‘a cat with primarily orange-colored fur, typically marked with stripes; a ginger cat’ (OED, sense 5c). Also, colloquially and mostly in Britain, ginger is used as a noun or adjective for ‘a reddish-yellow or (light) orange-brown hair, typically characterized by pale skin and freckles; (more generally) any person with reddish hair’, as well as for a person with such hair, ‘frequently as a nickname’ (OED, sense 5a), e.g. She has ginger hair (Sp. Es pelirroja or Tiene el pelo rojo). This hair coloration is caused by a recessive gene, which expresses itself when a person gets two copies of it, one from each parent. The OED adds that this use of ginger is ‘sometimes derogatory, reflecting negative attitudes towards red-headed people’ (see below). This sense of the word is sometimes derogatorily pronounced [’ʤɪŋəɹ], which rhymes with singer. In the slang of some dialects of English, the word ginger is used as an insult to refer to a homosexual man and even as a mass noun to homosexuals in general and to homosexuality (OED, sense 10).
As we said earlier, this spice is not as common in the Spanish-speaking world as in the English world and thus the word is not as common either. Sp. jengibre is not used for the color either the way Eng. ginger is, which means this sense of ginger translates as rojo ‘lit. red’, anaranjado ‘lit. orange-color’, or color zanahoria ‘lit. carrot color’ when talking about the color and rojo/a or pelirrojo/a as an adjective when talking about a red-haired person (see below). A ginger cat, on the other hand, would be gato rojizo, ‘lit. reddish cat’. The English phrase ginger ale has been borrowed into some dialects of Spanish as ginger-ale with a pronunciation that is an approximation of the English one, namely [ˈʝiɲʝeɾei̯l], not a spelling pronunciation. This word is found in the DLE, as a foreign word (extranjerismo), so it must be written in italics or within quotes as all foreign words (regardless of whether it is in the Academy’s dictionary or not).
As we just saw, the main Spanish noun or adjective for ginger hair or ginger hair person is pelirrojo/a, a compound formed with the root pel‑ of the word pelo ‘hair’, and the adjective rojo/a ‘red’, with the ‑i‑ linking vowel in the style of Latin compounds (cf. Part I, Chapter 5, §5.8.3). Other hair-color words like this one are pelirrubio/a ‘blonde-haired’ (synonym of rubio), peliblanco/a ‘white-haired’ (said of animals; equivalent to de pelo blanco), pelicano/a ‘white-haired’ (said of people; equivalent to canoso/a or con canas), pelilargo/a ‘long-haired’ (equivalent to de pelo largo), pelicorto ‘short-haired’ (equivalent to de pelo corto), and pelitieso/a ‘stiff-haired’ (equivalent to de pelo tieso).[2]
The hair color known as red hair or ginger hair is quite rare, since it is found in only about 1% of the human population and less than 5% of people of European descent. There are many different shades of red/ginger hair, including deep burgundy, bright copper (reddish-brown or auburn), burnt orange or red-orange, and strawberry blond. Ginger hair is more common among Celtic people, with around 10% of the people of Ireland, 6% of the people of Scotland, and 4% of the people of England having this color hair.[iii]
Ginger hair has been greatly admired at times, but it has also been feared and disparaged and redheads have been discriminated against and harassed. There are many popular stereotypes about red-haired people, known as redheads in English since the early 16th century, such as that red-haired women are very sexually active and wild or that red-haired men are quick-tempered and violent. In the Middle Ages, people with certain shades of ginger hair were associated with witches and vampires. Even Judas Iscariot, who in the Christian mythological tradition was the apostle who betrayed Jesus, is often portrayed as having red hair.


[1] The Latin noun officina is, of course, the source of Sp. oficina ‘office’, which is not strictly speaking a cognate of Eng. office despite sharing some meanings. (Traditionally, Spanish oficina refers to a place where professional administrative or managerial work is performed, whereas a professional person’s office (room) is referred to as a despacho.) English office, pronounced [ˈɔfəs] or [ˈɑfəs] in the US and [ˈɒfɪs] in Britain, is a loanword from Old French office, which is a loanword from classical Latin officium ‘task, a person’s business, duty, function, moral obligation, official position or employment’ (cf. Sp. oficio, a word that means ‘job, occupation, trade’, as well as ‘role, function’).
[2] The adjective peliagudo/a, which means ‘difficult, tricky’ when referring to a problem, and ‘thorny’ when referring to an issue or matter, seems be formed on the same pattern from pelo and agudo ‘sharp, acute’. Corominas, however, thinks that this word was probably created on the model of puntiagudo/a ‘pointed, sharp-pointed’ which would be an alteration of an unattested *puntegudo, a cognate of Catalan punxegut (same meaning), by misanalysis of the word as containing the word agudo.