In the preceding section on chili peppers we mentioned paprika, which is a powder made from dried chilies of different varieties of primarily the species Capsicum annuum. The used of ground and powdered chilies has a long tradition and it is used in many different cuisines, from Chinese and Korean, to Tex-Mex, Mexican, and Spanish (from Spain). We are going to look primarily at three types of powders made from chilies: cayenne pepper, commercial chili powder, and paprika.

In North America, cayenne peppers can be used whole or ground into cayenne powder (Sp. cayena en polvo), which is sold by the name cayenne pepper (Sp. pimiento cayena). Sometimes the seeds are also ground along with the flesh of the pepper. Cayenne pepper is the strongest of the powdered chilies. Since it deteriorates quickly after being ground, it should be bought in small quantities and it should be kept in a dark container, away from sunlight.

A popular type of ground chili goes by the name of paprika, pronounced [pə.ˈpʰɹi.kə], but also [ˈpʰæ.pɹɪ.kə] in some varieties of British English. This is a Hungarian word that entered English in the 19th century along with the spice. It is actually a diminutive Serbo-Croatian word derived from the word for ‘pepper’, namely papar, which just like the English word, ultimately comes from Latin pĭper (see above), which was not the name for peppers in Latin but for peppercorn pepper (see §47.3.22 below). As we can see, the naming analogy that the Spanish started between black pepper and chilies when they encountered the latter (pimienta-pimiento) was extended to other European languages, not just English. The Spanish word pimienta now is primarily used for black pepper, but it has traditionally been used for spicy chili powder as well. (Pimiento on the other hand would be the generic word for chili in Spain.) Paprika became very popular in Hungary by the end of the 18th century, the chili plants having been introduced only in the 16th century from the then Ottoman Balkans. 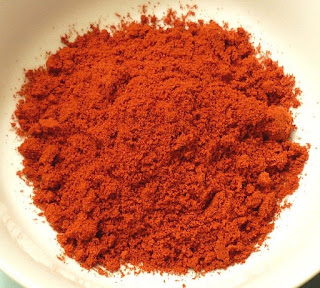 Paprika can be made from a variety of chilies, in particular sweet red tomato peppers. It may contain other spices besides powdered chili, however, including the powder of hot chile, which is why there are two major varieties of paprika: hot and sweet (not hot). Sweet paprika is made with the flesh of the chile (pericarp) and most seeds removed, whereas hot paprika is made with more seeds and other parts of the plant and other spicier types of peppers, such as cayenne. There are several varieties of paprika in Hungary, at least nine of them, from the most common, noble sweet (Édesnemes), which is slightly pungent, to the hottest variety (erős). Paprika is used in goulash, for example, which is the Hungarian national dish.

In Spain, the equivalent of paprika is pimentón, where it is an important ingredient of many dishes since powder chili was introduced in the 16th century. The word pimentón is derived from pimiento, of which it is an augmentative (the e ~ ie alternation in Spanish phonology is due to stress, cf. Part I, Chapter 7 and Chapter 10).  Chilies used to make pimentón are smoked first with burning wood. In some parts of Spanish America such as Venezuela, however, the word pimentón refers to fresh sweet peppers. To the extent that Spanish paprika is known in this continent, it is usually called pimentón de España.

As with paprika, there are two main types of pimentón used in Spain’s cuisine: pimentón dulce, literally ‘sweet paprika’, which is not hot/spicy, and pimentón picante, which is hot/spicy. There is a third semi-hot variety known as pimentón agridulce or ocal. Pimentón is an important ingredient of many Spanish dishes (from Spain), such as patatas a la riojana ‘Rioja potatoes’, pulpo a la gallega ‘Galician octopus’, sobrasada ‘spicy Majorcan pork sausage’, chorizo, a highly-seasoned pork sausage, and other types of processed cold meats or cold cuts (Sp. embutidos). 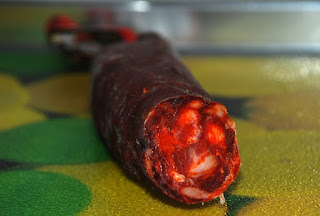 Powdered chilies are also used in some of the many, varied Spanish-American cuisines. In South America, it is mostly known as ají molido (‘ground chili’). Other names such as ají de color, ají panca, and even páprika or paprika, a term Spanish has borrowed from Hungarian, just like English has. Although this word is should only presumably be used for the Hungarian varieties (pimentón húngaro), it is a common term for all types of ground chili in Spanish America, probably under the influence of English.[1] Do note, however, that the word paprika in Spanish did not appear in the DRAE until 1985. The word has become much more common since the turn of the millennium. 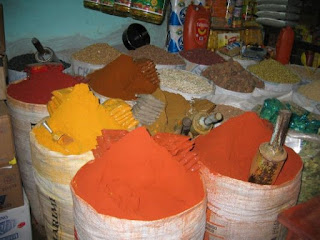 Figure 178: Different types of chili powder for sale in a market in Bolivia[iv]


[i] Source: http://theepicentre.com/the-epicentre-spices-individual-tins/
[ii] Source: “Spanishsmokedpaprika” by Badagnani - Own work. Licensed under CC BY 3.0 via Wikimedia Commons - https://commons.wikimedia.org/wiki/File:Spanishsmokedpaprika.jpg#/media/File:Spanishsmokedpaprika.jpg
[iii] Source: De Valdavia - Trabajo propio, CC BY-SA 3.0, https://commons.wikimedia.org/w/index.php?curid=17888287 (obtained: 2017.08.27)
[iv] Source: By User JoeCarrasco on en.wikipedia - JoeCarrasco has confirmed by e-mail that he has taken this image himself and that he licenses it under the GFDL. Lupo 20:33, 24 Feb 2005 (UTC), CC BY-SA 3.0, https://commons.wikimedia.org/w/index.php?curid=1151147 (obtained: 2017.08.27)