Verbs of Sitting, Part 1: Verbs of sitting in English

[This entry is an excerpt from "Verbs of Sitting and Related Words," a chapter in Part II of the open-source textbook Spanish-English Cognates: An Unconventional Introduction to Spanish Linguistics.] 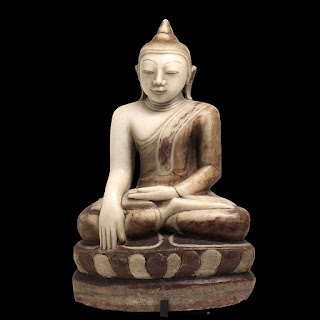 Although they do not look much alike, the Spanish verb sentar and the English verb sit are indeed cognate, if not exactly cognates, since they both can be traced back to the reconstructed Proto-Indo-European root *sed- ‘to sit, be seated’. In this chapter we will tell the story of words that have come into English and Spanish from this root, which as we will see had three variants in the original Proto-Indo-European language, and the many cognates in these languages that are derived from it. Cognates typically came through Latin, not as in the case of sentar and sit, which are patrimonial words in their respective languages.

The intransitive English verb sit [ˈsɪt] is a common Germanic one, with cognates in all other Germanic languages, such as Dutch zitten, German sitzen, and Swedish sitta. In Middle English, it was sitten and in Old English sittan. The Proto-Germanic word that these Garmanic verbs come from has been constructed as *sitjaną. It has cognates in other Indo-European languages, such as Irish suigh, Sanskrit सीदति (sīdati), and Russian сиде́ть (sidétʹ).

In Modern English, the verb sit is typically a stative one, equivalent to to be sitting (down). For the action of sitting, the phrasal verb sit down is typically used, although in some situations the adverbial down is not needed. For instance, in the command forms Sit!, which does indeed refer to the act of sitting down, the adverbial down can sometimes be omitted, such as when giving commands to dogs. (For more on English phrasal verbs, see Part I, Chapter 4, §4.12.3.)

English also has a transitive verb to seat, whose main meaning today is ‘to place on a seat or seats; to cause to sit down’ (OED). This verb developed in the 16th century out of the noun seat, whose primary meaning is ‘a thing made or used for sitting on, such as a chair or stool’ (COED), though it has a few other secondary senses (see below). The noun seat is a loanword from around the year 1200 from Old Norse sæti ‘seat, position’, from Proto-Germanic *sētiją. The verb seat that was derived from the noun seat at first meant ‘to be in a certain position’, but already in the early 1600’s it had acquired its modern transitive and causative meaning ‘to cause to be seated’. The past participle of the verb seat is seated, which has been converted into an adjective too, which is how this word is mostly used. It is equivalent to Sp. sentado/a, the past participle of Sp. sentar (see below), as in She was seated to his right (Sp. Estaba sentada a su izquierda).

The noun seat translates in different ways into Spanish since seat is a polysemous word, with senses such as ‘place to sit’ (Sp. asiento), ‘part of a chair’ (Sp. asiento as well), ‘part of trousers’ (Sp. parte del trasero, etc.), etc. The most common equivalent of the noun seat in Spanish is asiento, which translates its main meaning, a word that will be explored below. Other words may be used to translate the noun seat, however. A numbered seat in a stadium may be called localidad and in a theater butaca. In a legislature, a seat is known as escaño, and in a committee, it is a puesto or lugar, and on a bus or airplane it may translate as plaza. Also, a bicycle seat is a sillín in Spanish. When a seat refers to a headquarters, central office or venue, Spanish may use the word sede, which we will return to later as well, since it is derived from the same root (more on Sp. sede below).

The noun seat that was borrowed from Old Norse was a cognate of Old English noun set, derived from the also patrimonial verb to set, and meaning ‘the act of setting’, as in sunset, but it could also mean ‘seat’, ‘a place where people remain’, etc. The verb set comes from Old English settan which meant ‘to cause to sit, put in some place’ among other things, much like Modern English set does. The verbs seat and set derive from transitive (causative) Proto-Germanic *(bi)satjan ‘to cause to sit, set’, which comes from a Proto-Indo-European root *sod‑, which was a variant of the root *sed‑ that we have already seen.[2]

Investigators have been able to reconstruct some aspects of the Proto-Indo-European ablaut system. According to these reconstructions, we know that this PIE root had four different forms, each one of them has been found to have had different optional suffixes attached to them: (1) basic form sed‑; (2) an o-grade variant sod‑; (3) a zero-grade variant sd‑; and (4) a lengthened-grade form *sēd. From these different variants come a number of words in English and Spanish, from Eng. sit, nest, and soot, to Sp. sentar, asiento, and silla. In this chapter we will look at all of these words.


Finally, before moving on to look ‘verbs of sitting’ in English and Spanish, we should mention one other native word that contains this root and which has a similar meaning, namely the verb settle. This verb, which was setlen in Middle English, comes from Old English setlan meaning ‘to settle, seat, put to rest’, which is only attested once and which was derived from the Old English noun setl ‘seat, place of rest’, and thus we can see it was once a verb of sitting.[1] The noun setl is derived from the Proto-Indo-European stem *sedla‑, which contains the root *sed‑ ‘to sit’, from which also come Latin sella ‘seat, chair’, source of Sp. silla ‘chair’ (see below), and Old English sadol ‘saddle’, source of Mod. Eng. saddle.

The Old English verb setlan meant ‘to seat; to put in a seat or place of rest; also, to cause to sit down’ (OED), a meaning that is now obsolete. The OED gives 35 senses for this word, some containing subsenses, most of which are not obsolete.[2] However, the main meanings of these verb today are transitive ‘to put into order; arrange or fix definitely as desired’ and intransitive ‘to discontinue moving and come to rest in one place’ (AHD).
Go to Part 2

[1] Note that it seems that ‘in some uses, the verb [settle] became synonymous with the like-sounding Middle English saȝtle ‘to appease, reconcile’ (saughtel v.), association with which may perhaps have influenced the development of these uses’ (OED).
[2] Regarfding those 35 senses, the OED tells us that “In many of the senses explained below, the verb frequently appears with a colouring derived from senses of different origin, so that the position of many of the examples is open to dispute”.

[1] In some dialects of English, sit up can also have the meaning ‘refrain from going to bed until later than usual’ (COED). This would translate into Spanish as quedarse levantado or, if one sits up waiting for someone, esperar levantado. English also has a noun derived from the phrasal verb sit up, namely situp or sit-up, that means ‘a physical exercise designed to strengthen the abdominal muscles, in which a person sits up from a supine position without using the arms for leverage’ (COED). The noun dates from the mid-1950s in English. The Spanish equivalent is (ejercicio) abdominal (thus, to do situps translates as hacer abdominales in Spanish).

[2] The noun set meaning ‘collection of things’, equivalent to Sp. conjunto, is according to some an unrelated homonym. It is a mid-15th century loan from Old French sette ‘sequence’, a variant of secte ‘religious community’," from Medieval Latin secta ‘retinue’, from Latin secta ‘a faction’ or ‘a following’. According to others, English just borrowed this new sense, a semantic calque, for the existing English word set.

Email ThisBlogThis!Share to TwitterShare to FacebookShare to Pinterest
Labels: verbs-of-sitting