Herbs and spices have been used for cooking for a very long time. Herbs are easy enough to come by, since in most cases they are grown locally. Spices, on the other hand, are rarer and they have been very valuable—and thus expensive—commodities since antiquity. We have evidence of the trading of spices in South Asia and the Middle East dating back some 4,000 years. They were a big part of European trade with Asia and Africa, the sources of most spices, for a long time.

The monopoly that Venice had over the spice trade from the 8th through the 15th century, and their resulting high prices, is in part what drove the Spanish and the Portuguese to search for a direct route to the source of spices, one that did not go overland through the Middle East, which at the time was part of the Ottoman empire. This eventually led to the European colonial expansion in Africa and the Americas. Columbus was not searching for a new continent when he came upon the Americas, but for a shorter route to India, the source of spices, and hence the early name for the “new” continent.[i]

The terms Indies in English and Indias in Spanish to refer to the Indian subcontinent and other parts of Asia where spices and other exotic things came from was popularized in Europe by the famous traveler Marco Polo in the 14th century. When Columbus reached the American continent, he thought he had reached the very same Indies and that is what he called this land.

The term Indias was used in Spain to refer to the American colonies until at least the 19th century. Likewise, in the British Empire the term West Indies in English (Indias Occidentales in Spanish) is used to this day to refer to Caribbean islands, in particular those that were former colonies and which are now part of the British Commonwealth. The West Indies or Indias Occidentales include three major Caribbean island groups (see Figure 125):


Additionally, in the Caribbean we find the Cayman Islands (Islas Caimán), which belong to the UK and are not considered to be part of any of these groups of islands. All of these lands became colonies of Spain, France, Britain, the Netherlands, and even Denmark (St. Thomas, Saint John, and Saint Croix, which were sold to the US in 1916 and are now part of the U.S. Virgin Islands). 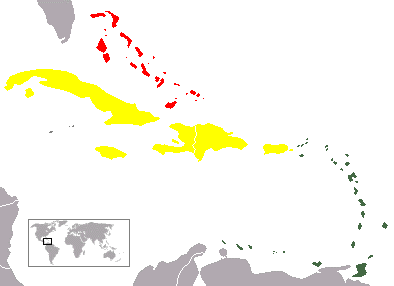 Figure 125: The narrow term West Indies includes three major Caribbean island groups:
(bright orange) Bahamas (Islas Bahamas or Islas Lucayas in Spanish);
(yellow) Greater Antilles (Antillas Mayores in Spanish);   (green) Lesser Antilles (Antillas Menores in Spanish).   (brown) The Cayman Islands (Islas Caimán).[iii]
We should also mention that along with the terms Eng. Indies ~ Sp. Indias for the Americas or parts of the Americas, the derived terms Eng. Indian and Sp. indio were also used for a long time, and are used to this day in some places, to refer to native American peoples. These words are derived from the original place name. The word Indian has pretty much been replaced in modern times in the US by the term Native American. In Canada, these peoples are called First Nations (Premières Nations in French).  In Spanish, the term indio is still used in some places to refer to unassimilated indigenous peoples, though this term has been replaced in many contexts by the terms indígena ‘indigenous (person)’, indígena (americano) ‘indigenous (American) person’, amerindio ‘Amerindian (person)’, among other names.

The word spice /ˈspaɪ̯s/ in English means ‘an aromatic or pungent vegetable substance used to flavor food, e.g. pepper’ (COED). It is a 12th century borrowing from Old French espice (Modern French épice /e.ˈpis/), which comes from Late Latin (plural) spĕciēs ‘goods, wares’ and, derived from that meaning, ‘spices’. The original Latin (singular) word spĕciēs ‘kind, sort, type’ and, earlier, ‘look, appearance’ (singular and plural of this word are identical in the nominative case, but not in the other cases).

The Spanish equivalent of Eng. spice is especia, a cognate and an early, learned borrowing (mid-13th century) from the same Latin word, with the meaning this Latin word had in the plural, namely ‘spice’. The words Eng. spice ~ Sp. especia are doublets of the also learned words Eng. species ~ Sp. especie. Spanish especie is a common word in Modern Spanish, first attested in the 15th century, with the same meaning singular species had in Latin: ‘kind, sort, type’. The biological sense of especie came later, in the 17th century. The doublet of Eng. spice, namely species /ˈs.pi.ʃis/, entered the language in the late 14th century as a term in logic and in the early 17th century it came to take on its current biological sense.

The Latin noun spĕciēs is itself derived from the root of the Old Latin verb specĕre ‘to observe, watch, look at’ (speciō, specere, spexī, spectum), with the suffix ‑iēs, which was used to create abstract nouns. From the root of the verb specĕre we get many English and Spanish cognates, such as Eng. inspect ~ Sp. inspeccionar, Eng. prospect ~ Sp. prospecto, Eng. respect ~ Sp. respeto/respecto, Eng. perspective ~ Sp. perspectiva, Eng. specimen ~ Sp. espécimen, Eng. spectacle ~ Sp. espectáculo, Eng. specify ~ Sp. especificar, Eng. specific ~ Sp. específico. All of these words are learned borrowings, but Spanish also has a patrimonial word that contains the Latin root spec‑, namely Sp. espejo ‘mirror’. The Latin root goes back to the Proto-Indo-European root *speḱ‑, which gave us patrimonial words in Germanic languages, such as spy in English.

The English word herb, pronounced /ˈɜɹb/ or /ˈhɜɹb/, depending on the dialect, is used to refer to certain culinary and medicinal plants.[iv] Its popular meaning is ‘any plant with leaves, seeds, or flowers used for flavoring, food, medicine, or perfume’, though technically in botany it means ‘any seed-bearing plant which does not have a woody stem and dies down to the ground after flowering’ (COED).

The source of the word herb is Latin hĕrba, though the Latin word was broader in meaning, since it meant ‘grass’, ‘green crops’, and ‘herb’. The Spanish patrimonial descendant of Lat. hĕrba is hierba, which has the same meaning as its Latin source, namely ‘grass’ and, in the right context, and especially in the plural, hierba can have the same meaning as the ‘popular’ meaning of Eng. herb.

English got the noun herb from Old French erb in the 13th century. Old French, like Old Spanish and even post-first-century Latin, did not pronounce the Latin h and in some cases, such as this one, it did not write it either. English reintroduced the h to the spelling of this word in the 15th century, to make it look more like the Latin original and, for at least some English speakers, this h began to be pronounced in the 19th century, a phenomenon known as spelling pronunciation (cf. Part I, Chapter 3, §3.6.4.9, and Chapter 4, §4.6).[2]

Spanish hierba, pronounced /ˈʝeɾ.ba/ reflects the diphthongization of Latin short ĕ to ie [i̯e], with the expected consonantization of an initial [i̯] to [ʝ] (the initial i becomes a consonant; the pronunciation is [j] in some dialects, at least in some contexts). Sometimes one hears this word pronounced [i.ˈeɾ.ba] (or even [ˈi̯eɾ.ba]), which seems to be nothing but a spelling pronunciation. There is an alternative spelling for this word (same pronunciation), namely yerba. This spelling is most commonly used in collocations such as (1) yerba buena, a perennial herb of North America (same in English, since it is a 19th century borrowing from Spanish, as we will see later on), and (2) yerba mate or yerba maté, another name for maté, an Andean plant that is used in infusions (the name comes from the Quechua word mati; in English it is called yerba maté and the Latin botanical name is ilex paraguariensis).

Some dialects of Spanish do not use the word hierba for the meaning ‘grass’, preferring alternatives such as pasto, lit. ‘pasture’, grama, lit. a type of grass, and césped, lit. ‘lawn’. In some countries and among some people the word hierba is used to refer to marijuana, much like grass used to have that meaning in English in the late 20th century.


[1] There are two ways to spell this word in English and supposedly each spelling corresponds to a different meaning or usage, though that is probably not widely known. OALD explains the supposed difference between especially and specially, one that is probably rather artificial to most English speakers: “Especially usually means ‘particularly’: She loves all sports, especially swimming. It is not placed first in a sentence: I especially like sweet things [OK]. *Especially I like sweet things [not OK]. Specially usually means ‘for a particular purpose’ and is often followed by a past participle, such as designed, developed or made: a course specially designed to meet your needs, She has her clothes specially made in Paris. In BrE, especially and specially are often used in the same way and it can be hard to hear the difference when people speak. Specially is less formal: I bought this especially/specially for you. It is especially/specially important to remember this.

[2] The French borrowings haste /ˈheɪ̯st/ and hostel /ˈhɒs.təl/ are examples of the many words where the spelling pronunciation has succeeded, even though the h’s in these words were originally silent. The h in other French borrowings has remained silent, as in honor, honest, hour, and heir. In other cases, such as humble, human and humor, the h is pronounced in some dialects but not in others. The h in English patrimonial Germanic words, such as in happy and hot, is always pronounced.